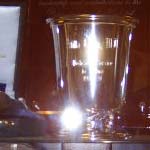 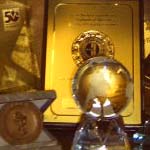 "Distinguished Physician Award of the Year" by the American Gastroenterological Association, Orlando, Fl 2003

Fellow of the American Gastroenterological Association. 2007

Who's Who in Science and Engineering. 2003-Present

Marquis Who's Who in Medicine and Healthcare. 2002-Present

Kingston's National Registry of Who's Who. 1999-Present

"Special Recognition Award" by the Crohn's and Colitis Foundation of America, Houston, TX. 2003

International Who's Who of Professionals 1995 to Present

Award of Excellence in Education by Department of Medicine, Baylor College of Medicine. 1997 & 1998