BARRX--HALO Ablation System therapy for Barrett's esophagus
During the Procedure

Using standard endoscopy techniques, the physician activates and controls the different functions of the HALO360 System. 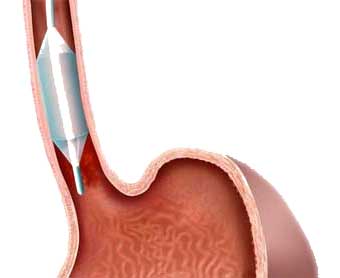 A catheter is inserted into your esophagus along side the endoscope.

At the tip of the catheter there is a small balloon that is inflated once inside your esophagus near the treatment area. The balloon and the HALO360 Energy Generator together measure the diameter of your esophagus. This information is used by the physician to select the appropriate treatment catheter.

The sizing balloon is then removed and the treatment or HALO360 Ablation Catheter is introduced. 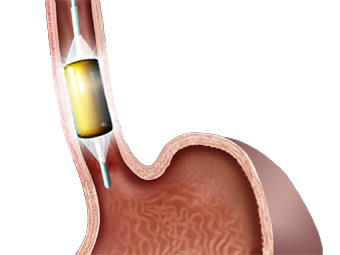 The HALO360 Ablation Catheter also has a balloon at the tip, but this balloon has a band of radiofrequency electrodes around it.

Once the electrodes of the balloon are positioned on the desired treatment area, the HALO360 Energy Generator and the ablation catheter work together to deliver a short burst of energy that is circumferential: 360 degrees. The design of this technology limits the energy delivery to a depth clinically proven to remove the diseased tissue while reducing the risk of injury to the deeper healthy tissue layers.